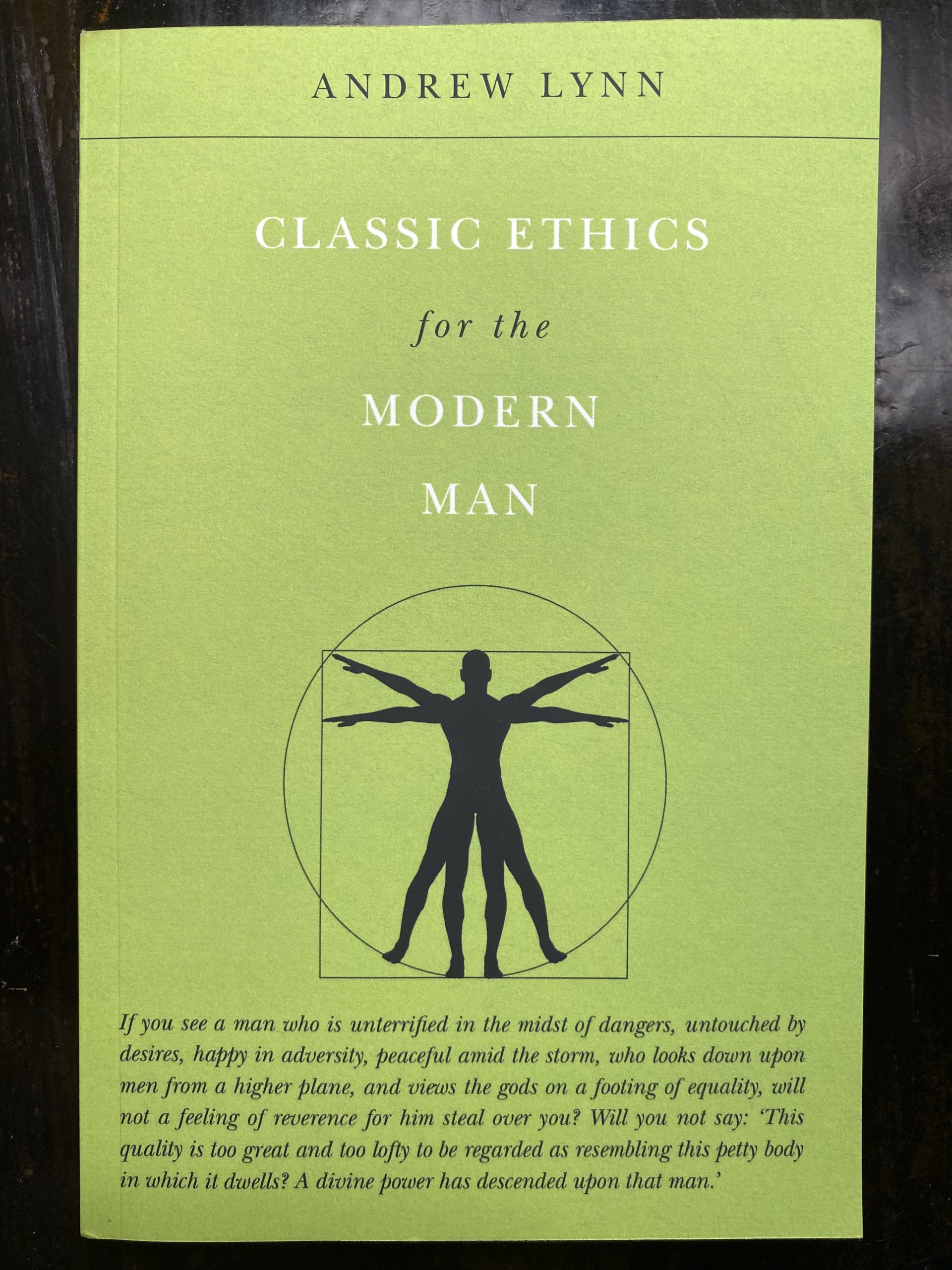 The next title in the “Classics for the Modern Man” series has finally been released! It’s been a couple of years or thereabouts since the last one in the series was published. “If I had more time, I would have made it shorter” is a saying that has been variously attributed to Cicero, Blaise Pascal, Mark Twain, and Winston Churchill. Suffice it to say, much of the time has been spent making sure that only the best material remained left in and any extraneous matter removed—that, and in addition maintaining a very active professional practice, as well as welcoming a beautiful son into the world.

The book, like the others in the series, gathers together and introduces in one short and readable volume the very best of the Western philosophers—in this case, on the subject of ethics.

What I had come to realize, through a gradual process of research and reflection, is that much of what passes for ethics in the modern world is really a pale, ossified, and ultimately degenerate version of what it had traditionally been conceived to be.

For much of the history of ethical thinking, ethics was considered to be the life lived well in pursuit of virtue. The point was to cultivate a virtuous character—a disposition or habit of virtue.

What ethics was not was merely the imposition of, or submission to, abstract moral laws.

In some ways “Classic Ethics” was a natural progression from the earlier works in the series. But there were two other considerations that inspired me on this occasion.

The first was a palpable uptick in politically motivated violence in various societies in both the West and the East in recent years. There was something striking about the conduct of masked groups who took control of the streets during this period: their total moral confidence in the rightness of their respective causes, and their unquestioning belief in the wickedness of those who opposed, or even merely doubted them. The second reason was an equally palpable uptick in censorship—not only in the desire of the authorities to implement it (that much is no great surprise) but in the compliant stance of even the more educated members of the general public. Censorship now has come to be seen as justified providing the targets of such are generally agreed to be wicked or morally deficient in some way.

What is concerning about this is that even a cursory study of history reveals that it is precisely when groups are most convinced of the moral infallibility or superiority of their own kind, and the moral wickedness or deficiency of their opponents, that great wrongdoings are most likely to occur.

“Classic Ethics for the Modern Man” explores the ethical tradition that insists that what we need to be concerned about, as a priority, is our own personal virtue, rather than pointing the finger at the deficiencies of others. This tradition—the tradition of virtue ethics—has been with us all along as a consistent, if neglected, theme within our culture. It is something we need more urgently now than ever. “Classic Ethics” was written so as to make that tradition available to the modern reader—and, as with the other books in the series, as a practical guide to living well.