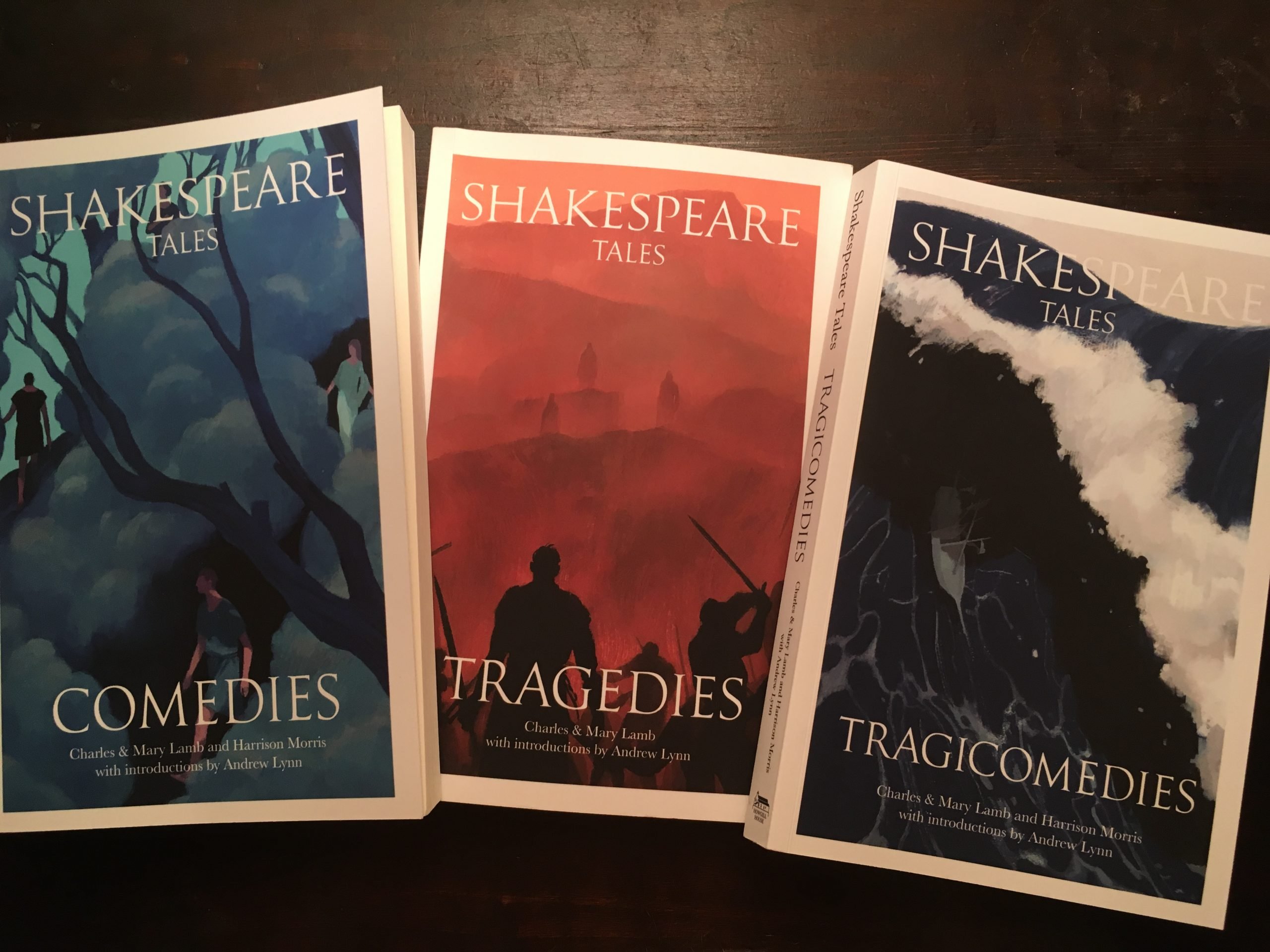 I’m pleased to report that the first three volumes of Shakespeare Tales have been published in paperback this weekend. These are:

The five volumes provide, in a totally new edition, the complete tales of Shakespeare in prose versions. The starting point is Tales from Shakespeare by Charles and Mary Lamb. This work – a classic in its own right – gives prose versions of Shakespeare’s plays while as far as possible preserving his original language. But there are two problems: the Lambs only give 20 plays out of the 37 that are generally accepted to have been written by Shakespeare; and the Lambs make no attempt to present the tales in any particular order, whether generic, chronological, or otherwise.

Our new editions supplement the Lamb tales with selected prose versions by Arthur Quiller-Couch, Harrison Morris, and Winston Stokes. By drawing together the best of the prose versions, we are able now to provide the complete tales in prose. And at the same time, we are able to present the tales in the principal genres and ordered chronologically. So, for example, Shakespeare Tales: Comedies gives you the comedies in chronological order, allowing you to appreciate the development of Shakespeare’s art. The same approach is taken with the Tragedies, Tragicomedies, and Roman Plays. Only the English Histories are treated differently, as in that case it made sense to order the plays in the order of the reigns of which Shakespeare tells.

Preparing these books has been a unique pleasure and privilege. For the reader, I am absolutely confident that they offer the very best introduction to Shakespeare that there is. For myself, I have had the double pleasure of working with, and (I hope) re-popularizing, both the tales of Shakespeare and the prose versions of those who attempted to introduce him to the general reader. The result is truly the work of several generations: starting with Shakespeare himself in the sixteenth and seventeenth centuries; following up with Charles and Mary Lamb in the nineteenth century; then Arthur Quiller-Couch, Harrison Morris, and Winston Stokes at the turn of the twentieth century; and finally myself in the twenty-first century. What we have at the end of this journey is something quite unique. There will never be a substitute for reading, or watching, Shakespeare’s original plays. But this series of books will give you an entry point like no other. The Kindle versions are at a great price. But the paperback versions are beautiful. Your choice!